Happy new year! 2022 was a landmark year for the games industry as we saw a new level of action on climate and sustainability goals from many corners of the industry. I'm excited for the year ahead and for new opportunities to bend the emissions curve downward.

I gave a quote to GamesHub's Ed Tran on the new update to the Series X/S consoles giving them the ability to schedule downloads (and by proxy, electrical loads) to time periods with lower grid emissions. I am really hoping that we get to see some validated numbers on the avoided emissions from this project over the next few months to years. This sort of grid-responsiveness is exactly what our energy systems need to adapt to the increasing prevalence of renewables in the grid. Lots

The new 'Software Carbon Intensity' specification is out

A join product of The Green Software Foundation and Microsoft, this specification looks really useful. Check out the GitHub here:

And Microsoft's own announcement of it is below:

I've been mulling over the implications of this one since I read it and it is truly staggering what it might mean for the future of chipmaking:

How much energy is wasted in the electricity sector?

This is a bit of an eye-opener – the difference between how much energy exists in fossil fuels and how much useful energy gets delivered to consumers is truly shocking the first time you see it. Nothing shows more clearly how fossil fuels are a relic of a bygone era – electricifcation saves so much waste.

Main takeaway for me is that my home state (NSW) remains unchanged, whereas others are shifting (for the better) like Victoria. If you're calculating emissions from electricity in Australia, this here's your most up-to-date way to do it.

Speaking of EFs: updated ones for gas and fracking

“A uniform charging port will be a step towards the LiFE (Lifestyle for Environment) mission launched by Prime Minister Narendra Modi at the 2026 UN Climate Change Conference in Glasgow. LiFE calls for "mindful and deliberate utilisation" by people worldwide instead of "mindful and wasteful consumption”.”

If you can get past the fact that it's a Joe Rogan interview – this is worth checking out, as Kara knows what he's talking about when it comes to supply chains. His new book 'Cobalt Red' looks like an important bit of scholarship on this hidden aspect of modern manufacturing:

"When asked by Rogan if there was any cobalt mine in the Congo that did not rely on “child labor” or “slavery,” the Harvard visiting professor told him there were none.

“I’ve never seen one and I’ve been to almost all the major industrial cobalt mines” in the country, Kara said."

Mostly minor updates to the agreement, but Sony's Joshua Aslan also presented a summary of achievements made by the GCVA process over the years:

In the area of energy efficiency:
• Implementation of 6 tiers of power cap reductions since 2015.
• Estimate of over 6.64 TWh of energy use avoided in 2020, far exceeding original EC target of 1 TWh per year by 2020 in Europe.
• Up to ~50% reduction in power consumption in PlayStation 4 and Xbox One generation consoles, driven by GCVA requirements (Xbox One X vs Xbox One S; PlayStation). He noted the Nintendo Switch is an inherently low-power console.
• In 2020, new 8k capable generation consoles were launched without increasing power caps despite substantial performance increase – the first time industry has achieved this. 2019 CSES report estimated that the SRI would achieve an energy saving of around 54.42 TWh, (equivalent to Greece’s energy consumption in 2014) over the lifetime of UHD consoles in Europe.

Many positives, for sure. However the significance of the final point is perhaps a little questionable. While it's quite true the latest generation of consoles did manage to stay within the existing power caps (a notable achievement to be sure) it's also true that there is still no power caps for the active gaming use phase of these consoles. I wrote about the discussion I had on this point with the group last year.

Since the majority of power consumed by consoles is during the active gaming use phase, an emphasis on the maintenance of the existing power caps covering other phases (standby, media playback, etc) perhaps runs the risk of overstating the achievement. This is a very fine grained distinction, but I think an important one in the context of absolute emissions. We will be keeping an eye on any new figures that emerge from testing of future hardware revisions of the latest gen consoles, and I'm hopeful to see this improve.

Do you like Cli-FI? I have a new book chapter out in this book on Cli-Fi

What seems like a lifetime ago I co-wrote a (very short!) chapter on Death Stranding with colleagues Darshana Jayemanne and Brendan Keogh. I'm in a book with Kim Stanley Robinson! Unreal. 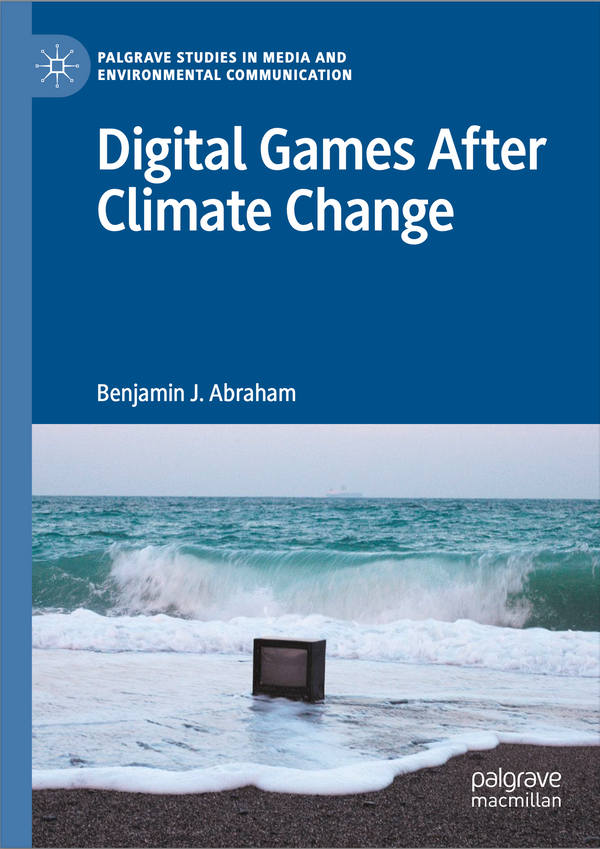 Hey GTG readers, just a super quick one – if you've been holding off on buying a copy of Digital Games After Climate Change because of the extortionate pricing  the publisher Palgrave is running an end of year sale. Use the code PALHC for 70% off (and maybe even free shipping?