Oh no I have saved up too much, too many links. But it's a minor Christmas miracle, a bumper crop of end-of-year links and interesting reading. Enjoy!

You could be forgiven for thinking it was not even on their radar, given the insane new power consumption of the 4000 series cards, but hey, the message is getting through.

Why is it so darn hard to repair something under warranty rather than replace it? The Verge wonders if "incredible customer service might be bad for the environment"? This seems like an odd way to frame it to me, but sure.

The new deal will mean that Google's facilities are expected to operate at or near 90 percent carbon-free energy (CFE) on an hourly basis in 2025, up from a projected 67 percent.

LTT looks as the “glamfurbishung” trend

This is a super interesting reuse trend for replaced, last-gen office computing technology that still has some life left in it.

This is one to watch, for sure. Lots of practical applications!

Thanks for the tip-off Maxime! The ADEME Library page is in French, but the report itself is in English. There's case studies of choosing to play games, watch films and listen to music "digitally" vs analogue versions. Looks very very useful!

Will be interesting to see what this does to things like steel prices worldwide, and which countries are able to take advantage of low carbon production methods.

It's the one place that hasn't been corrupted by capitalism, after all.

If you're in the US (or your organization is) then please get onto this and make a submission. Comments are open till Jan 31.

The new net zero ISO standard (like all ISO standards) can be a bit confusing, but this visual guide to the process is really stragithforward. Super recommended for sharing with any organization still scractching their head about where to start. (And as always, feel free to reach out to AfterClimate for more personalised assistance).

On the race to capture newly exposed arctic resources

Need more trains, and fast ones.

This new bit of research is extremely worrying for those pinning their hopes on the use of carbon offsets, and specifically forestry related credits:

“When we looked at satellite tracking of carbon levels and logging activity in California forests, we found that carbon isn’t increasing in the state’s 37 offset project sites any more than in other areas, and timber companies aren’t logging less than they did before.”

As winter hits Europe hard this year, the IEA releases a report on the potential for heat pumps – which use refrigerant gasses to capture latent heat either directly from the outside air or the ground –

How much are govts spending on renewables? Well now we know...

The figures are super damning, they're still spending billions. Follow the money, indeed.

Speaking of money: HSBC announces no new finance for oil and gas

But “this new loosely defined commitment does not apply to shale gas”. Still, it's a step in the right direction.

Reuters reports on the 20,000+ excess deaths due to heatwaves in Europe this year. Really depressing stuff. A reminder of why we do what we do.

Have a great holiday period everyone, hope its a good recharge. We'll be back in the new year with more. 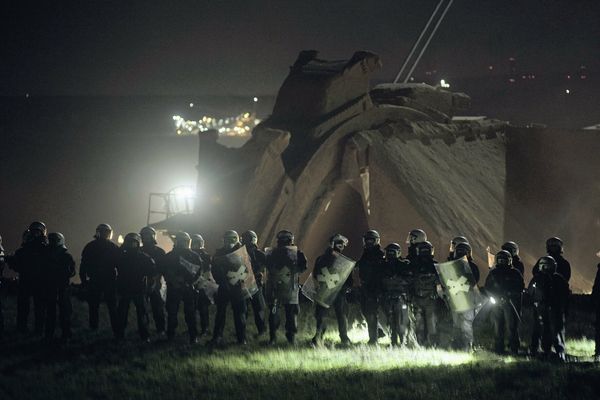